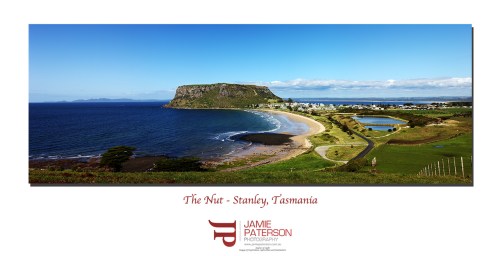 After an amazing trip I’m back!   I had so much fun even though it was heaps of hard work, I even managed to make it up to the top of Cradle Mountain itself but that’s another story.   The Nut at Stanley in Tasmania is a spot I’ve been dying to photograph for ages and I didn’t think I’d get to photograph it this time around as while I was in Tasmania they had one of their worst cold fronts in years.   It was the same one that caused all the flooding in Victoria.

However, as usual patience paid off and on my fourth day in Tassie the skies cleared so I decided to head up the coast and see what I could get.   The Nut is quite striking and even has a small cable car going up to the top of it.  I couldn’t believe it but there were small kids playing in the water while I had on two layers of thermals.  Guess they must have been locals!

Hope you like it and its good to be back.   Hopefully we can all catch up soon.