Recently, I was asked to join a group of guys who wanted to go tanker surfing in the Gulf of Mexico.  I’d seen some people do it in the Step into Liquid video years ago and thought it was cool then.  I never thought I’d have a chance to participate so how could I resist?   It was a tough trip with broken down planes and a long drive through the night to get from Austin to Galveston on time but we made it.

Was it worth the trip?  You bet it was, check out the sunrise we were presented while we were on our way out to the channel 30mins prior to our first tanker surf!   It was stunning and it was just a sign of things to come. 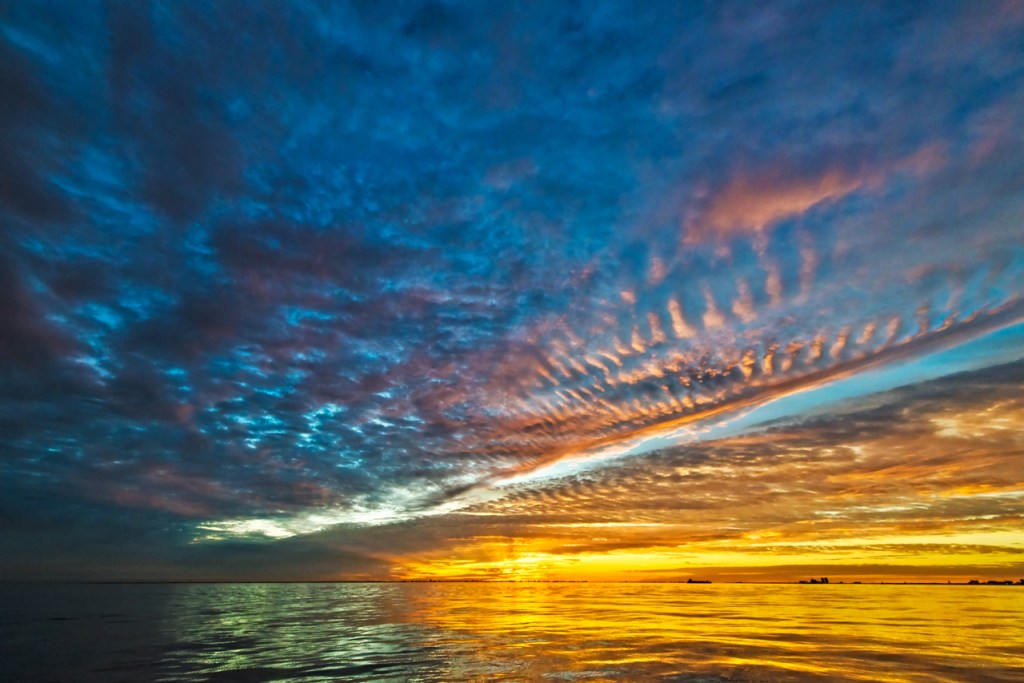 After the boys had a quick coffee to warm up a tanker came steaming past and it was time to hit the water with military precision as you typically don’t get a second chance to catch the waves.   Capt James Fulbright would go charging up to the waves do a quick 180 and the boys would have to jump off and start paddling like mad to catch the waves, with all of us on the boat yelling at them to paddle harder.   As you can see the conditions were amazing, absolutely no wind at all. 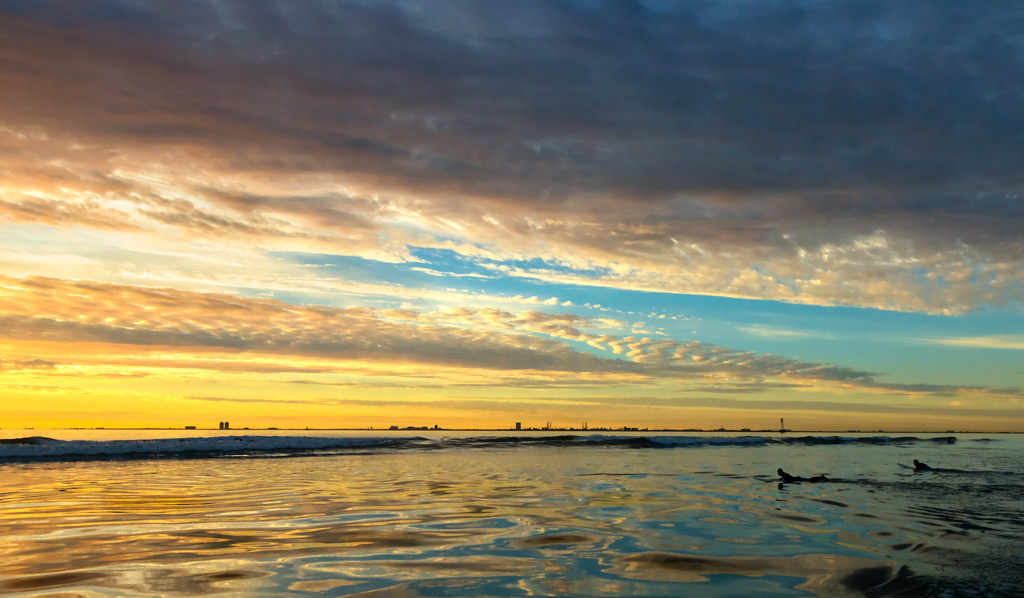 So what is tanker surfing?   Its where you get to surf the wake created from a large ship typically like a tanker due to its hull shape and deep draft and you get to ride the wake for up to a couple of kilometers at a time.  A 5 to 6min ride on one wave is quite common, and normally you need to use a longboard to accommodate the waves produced.   For most people its an experience of a lifetime. 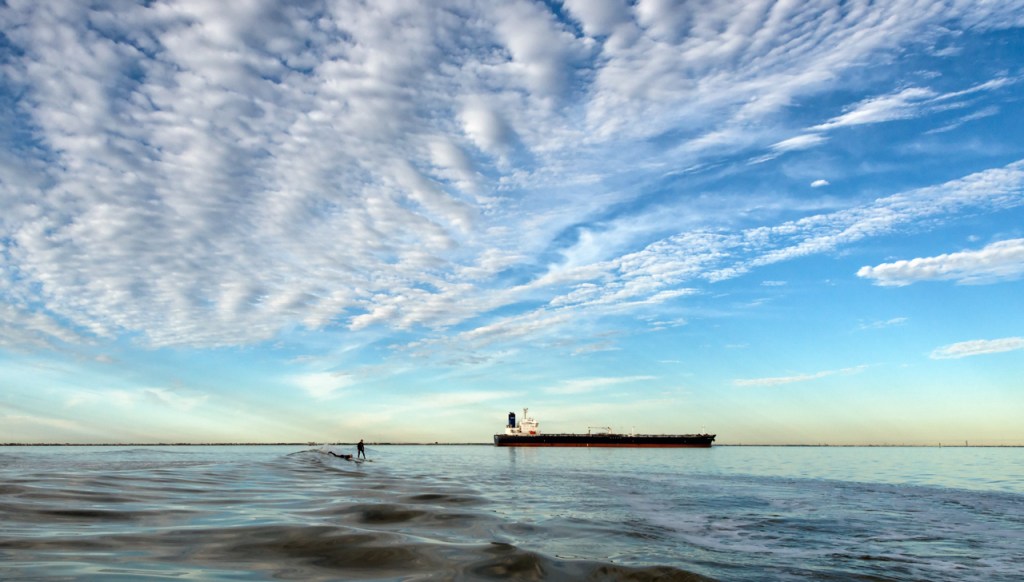 As its a straight wave its possible to get more than one surfer onto the waves.   Here are two of the boys enjoying the ride. The boys all sharing another tanker surfing wave.  No competing for waves needed.

One of the guys with the wave all to himself.  Its also a great angle to show you how the guys use the wake of the ship to surf. 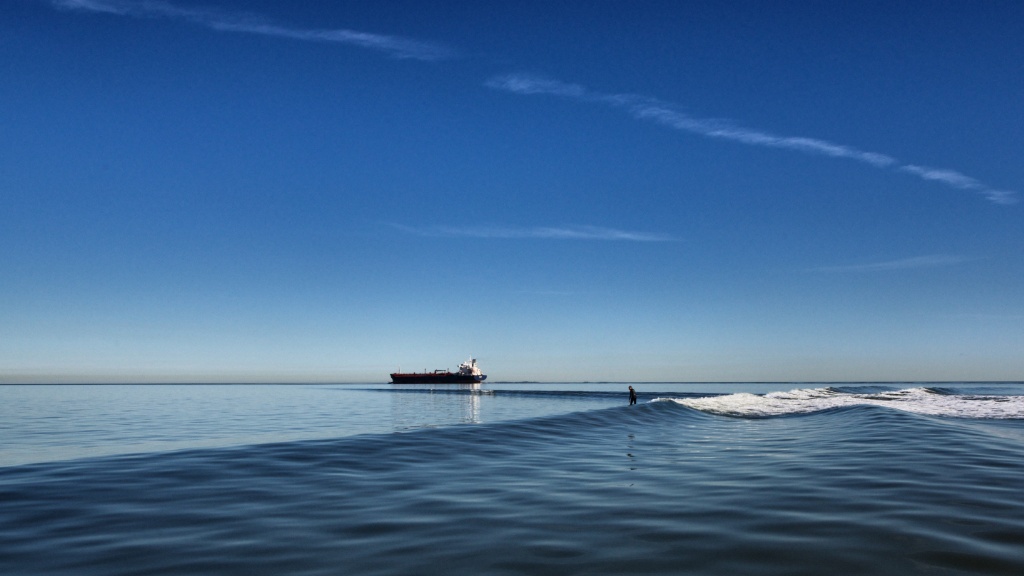 Was it fun and exciting?  Yes it was, and I’d do it all over again.  Now to work on my photos from Hawaii that I took on the way home.