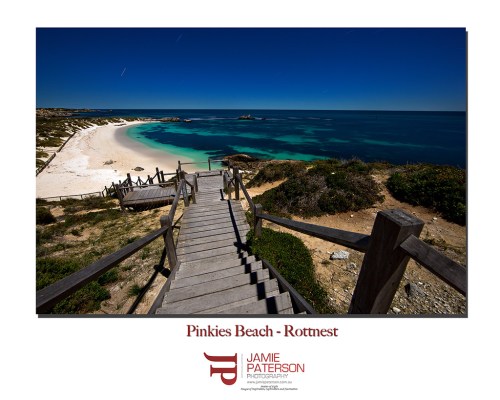 What a cool weekend.  Literally!!!    I’m told that its always warmer at Rottnest but it still felt really cold to me out there.   I have to admit this weekend I had very little success with the conditions and struggled to take a decent daytime shot.  There was a stack of clouds that never quite made it over until today unfortunately so I had clear skies all weekend.    What this did mean though was that night photography was definitely on the cards especially with an almost full moon.

I decided to try out the Canon 14mm F/2.8 lens that I had for the weekend and see what it could do.   I headed up to Pinky Beach at Rottnest and setup my camera at the top of the stairs that lead down to the beach from the lighthouse.    After a long exposure I managed to capture what I thought was a reasonable shot.   Would I buy the Canon 14mm F/2.8?   I don’t think so.  Its a cool lens but it doesn’t do anything my 16-35mm  can’t do and you can’t use filters on the 14mm which means more post processing work.

Hope you all had a warmer weekend than I did. 🙂 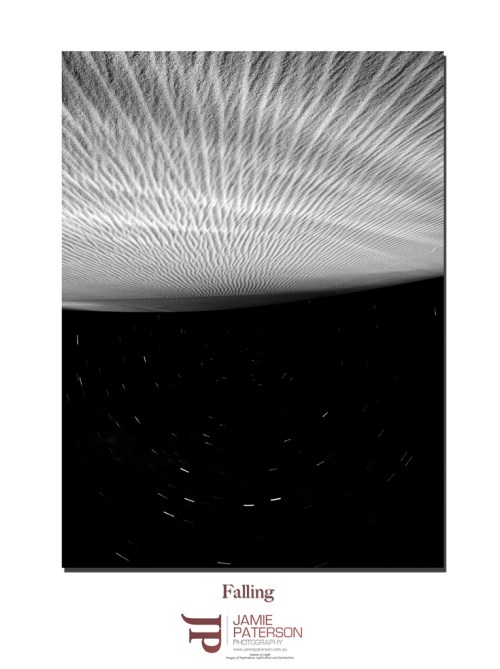 Okay I’m being a visual artist here rather than a landscape photographer.   When I took this shoot I wanted the lines in the Lancelin sand dunes to point up to the sky.   Now I managed to get a shot that achieved that effect but the more I looked at this photo the more I thought there was something more to it.   It finally came to me and I spun it upside down and then instantly it made me feel like I was falling off the face of the earth.

I’ll post the actual landscape photograph shortly but I really liked this photo and wanted to share it with you guys.