Welcome to Mt Roland in Tasmania.   I’d seen this mountain when I was in Tasmania in January but unfortunately I didn’t get a chance to photograph it as I ran out of time.  In fact I almost ran out of time again on this occasion as I only had 3 hours before jumping on the plane and it had taken me much longer to get to this spot because of ice on the road.    I’m not really sure how we are supposed to drive with ice on the road as I’ve never done it before so I just went amazingly slow on the road.

Mt Roland is really a very imposing feature in the Sheffield area as Mr Tim “Island Images” Wootton will confirm, after all its his home turf.   I’m glad I finally got to shoot it and I’ll definitely have another go at it again when I’m back there in six weeks time.

Just out of curiosity, does anyone have any hints for what to do when driving when there is ice on the road? 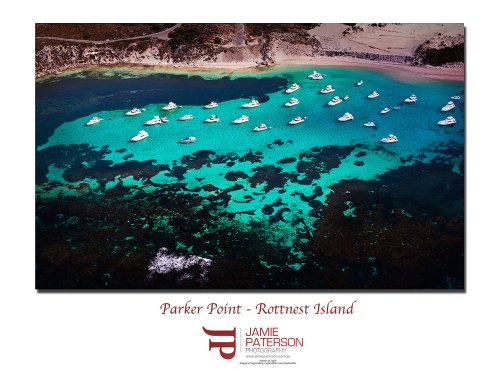 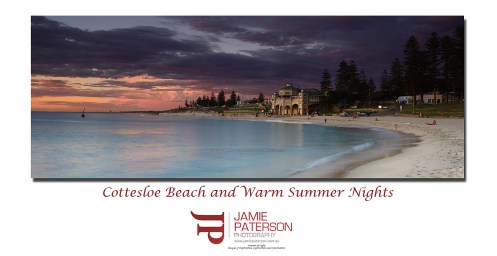 Well it looks like everyone here is writing about Summer and how much they miss it and how close it now is, so I’d thought I’d post another photo of Cottesloe Beach.   This is another shot taken in summer, again it was a really warm night and after taking this shot I put my stuff into the car and then jumped into the water myself.   Its so relaxing being in the water late evening or night time, one of my favourite times to dive is at night.    Anyhow back to the main story, hurry up Summer and bring on some wicked sunsets.

Thanks for viewing and comments are appreciated!!! 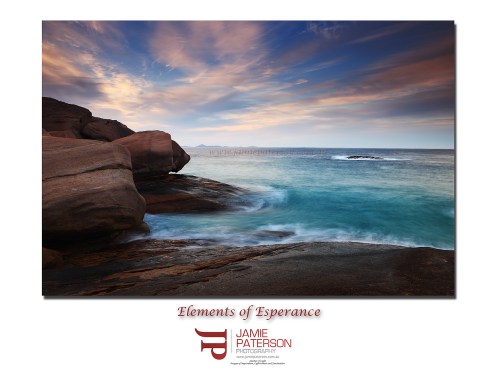 Today is bonus day, two posts in one day!    This photo was taken my first morning in Esperance, what an amazing sight to wake up to.  As landscape photographers we spend so much time up early in the mornings and out late at night chasing the elusive landscape photograph often only to have nature spoil our plans, so its a great feeling when you arrive on location and see something like this unfold before you.   This was taken next to Twilight Cove in Esperance.

Did anyone get any good photos whilst we were away?   What was the light like in Perth? 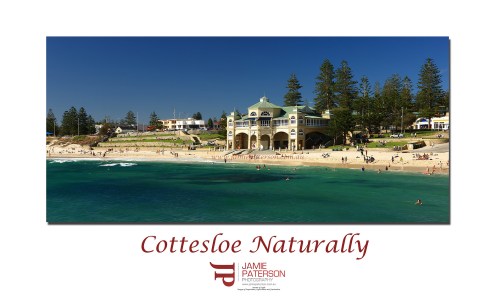 Well as most of you know Neal from Spool Photography and I went down south and managed to capture some absolutely magnificient light.   However, on Sunday I decided I wanted to simplify things and experiment and to try take a shot that required no Photoshoping what so ever.   I wanted saturated colours, slightly blurred water movement, not a great deal and yet still have a sharp image.   I think I came pretty close.   I had to do some creative cropping but that is it.

So how did I do it?    Firstly, I utilised a Hoya 5 stop ND filter to ‘slow’ things down in other words to allow me to leave the shutter for longer, I figured that would blur my water movement and alllow the colours to really soak in.    Then I put on a polarising filter to take some of the glare away from the subject.  In reality this would allowed me to have the shutter open even longer.

You can buy filters from Singh Ray that do the same thing now but as I said I was just tinkering / experimenting.   I think I got pretty close to my objective, which was to produce a decent shot in camera that required almost no Photoshopping.

As there was only one bikini shot request I’m afraid I’ll have to archive the photo. 🙂

Recently I was fortunate enough to take a trip to Mars errrr or was that Lancelin?   I think the effect was the same.   This was shot on the same day that Neal, Kirk and I went up to Lancelin and went crazy and shot all the sand dunes.   The thing I remember the most about the trip was getting excited about all the sand dune effects but getting really stressed out at all the sand getting into my gear and car.   I think when shooting on the sand dunes a polariser is almost an absolute must to take the glare off the sand and look for lots of dark shadows as they can create some crazy patterns.    I also learnt as I went up the following week that if there is heavy cloud cover don’t even bother shooting the sand dunes as you get very little contrast because there are very few shadows.   Also you need a good plastic bag to cover your gear whilst you aren’t shooting so sand doesn’t ruin your gear.   I’d love to get out to the sand dunes near Eucla and try my hand at them, I know Beau took some pretty cool shots out that way.

Has anyone else got any cool sand dune shooting tips at all? 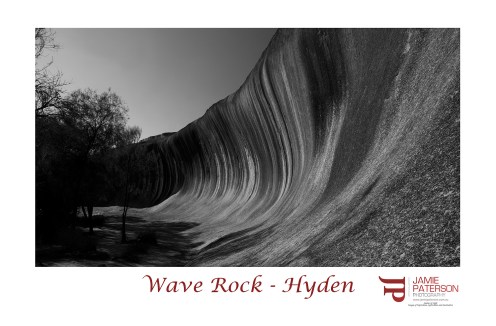 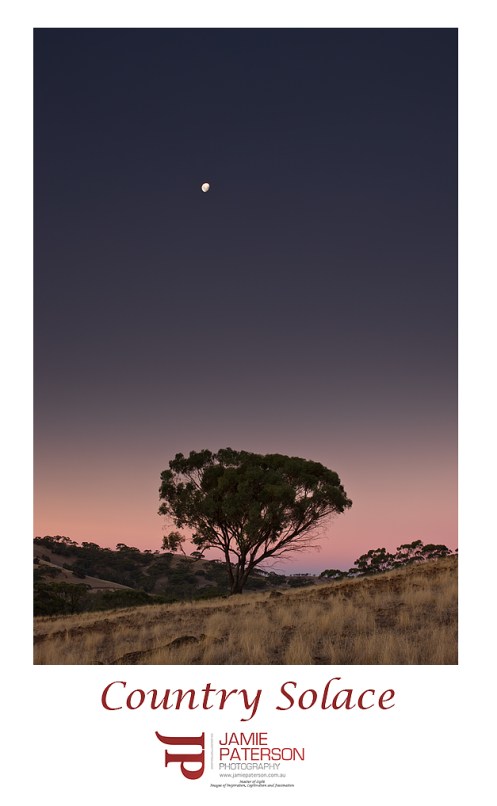 Now days I believe that we all have a spiritual ‘Anchor’ on this earth.   Flemming’s is Hawke Dreaming, Neal loves the High Sierra and Lake Tahoe.   Well mine is Injidup Pt / Wyadup Rock.  I have always been fascinated with it and always felt extremely cleansed when I go there.   I have seen whales and their calves there and schools of dolphins swimming through there, not to mention its a great surf spot.    My favourite photos of Christian’s are nearly always of Wyadup Pt because I feel such a strong connection to that place.

Well now I have a second place one, that isn’t as far.   Its just magic, for the past two weekends I have just sat up on this hill taken a few photos and then just put the camera away and allowed myself to be aborbed in the moment.   I’ve felt the last rays of the sun fall on my face, the wind gentley blowing through my hair and the night slowly embracing and soothing me.   Okay, okay I know that sounds very hippyish (nothing wrong with hippies) but I’ve really felt clean and soothed when coming away from this place and that is a great feeling.

Does anyone else have a place like this that they like to head out to and just get ‘lost in the moment’?

Anyhow I’m off to Wave Rock tomorrow afternoon for an evening shoot, a star trail shoot and then a morning shoot and then I’m returning on Saturday morning.   Wish me luck, apparently its a difficult spot to shoot.

Thank you for reading my blog 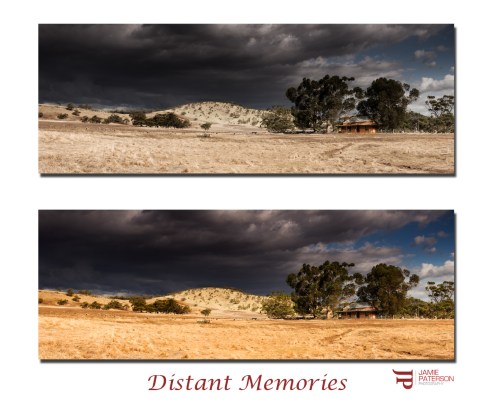 I’m trying to decide which version I like better and I can’t really make up my mind, so I thought I’d leave it to the masses to help me out.  Which one should I use?   So why the tittle ‘Distant Memories’?   Well the house in the photo is an abandoned house which is starting to decay.   I am absolutely obsessed with history and historical things so I had to get a photo of it.    I feel drawn to these houses (or other things like disused mines etc…)because it often causes me to stop and think that very real people lived in these places, often in extremely harse conditions.   They had hopes and dreams and worked hard to try and achieve them.   What happened to them?    Did they prosper and move on?   Did they try so hard until they had to give up?

So that explains why I took a photo of the ruined house, now back to the original question.  Which version do you prefer?

Thank you for stopping by and reading my blog. 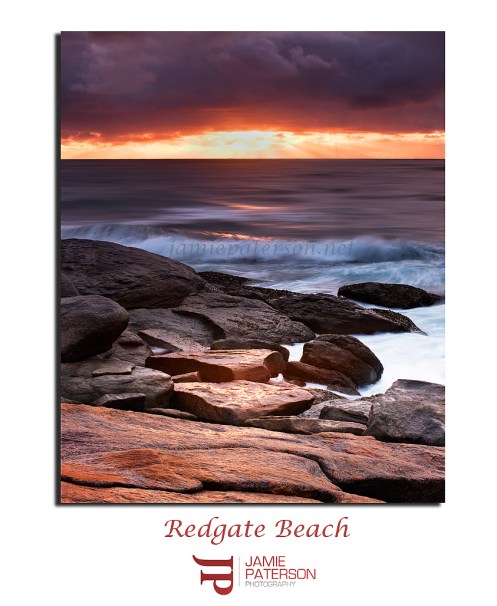 Ah the serenity you can almost feel it.    This image was taken when I went down south with Neal and Kirk in November.   We got there with high hopes and saw that a break in the clouds was starting to happen, but rain also started to make its way to us and it was heavy rain.    Neal chucked the trusty $1 shower cap onto his camera, whilst Kirk and I hid under a rock.   Eventually we all ran up to our cars, extremely disappointed as we had no backup location.    We hung around for another 10mins and we got lucky, all of a sudden the rain stopped for a few minutes, the clouds allowed the sun to peak through and we scored a magnificent sunset!   Talk about everything falling into place at the right time.    Needless to say we headed back to Photo HQ very happy campers.

Has this happened to any of you guys?   You get there and think that its not going to happen for you, when all of a sudden it does?   Its pretty cool isn’t?

Anyhow, thanks for stopping by and reading my blog.