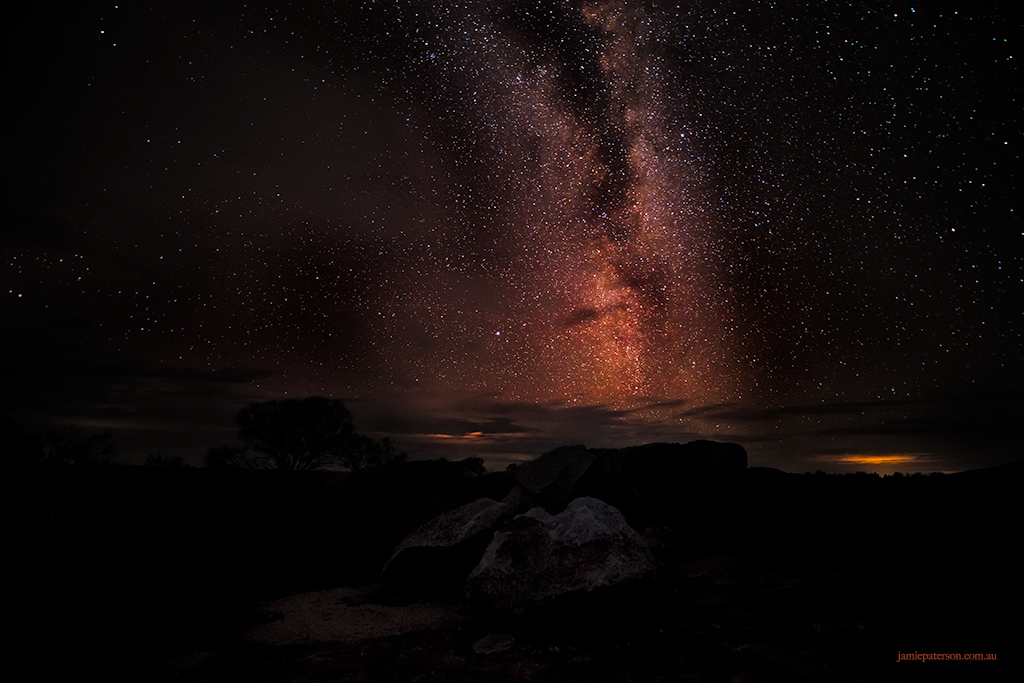 The other night I realised it was a no moon night so it was probably a great idea to head out into the bush to try and capture some Milky Way shots.  The only issue was a large storm front was also due to hit the area that night.  The sky looked clear so I decided to hit the road anyway and give it a go.

The further inland I went the more I realised I was going to have to be extremely lucky to get the shot I wanted.  Well Lady Luck was on my side and I managed to capture a great shot just before it started to pour down.  I did have my sway out but within 5mins it was rolled up and in the back of the car.  3.5hrs later I had a great shot and I was snuggled up in my warm bed.  A perfect night of star photography! 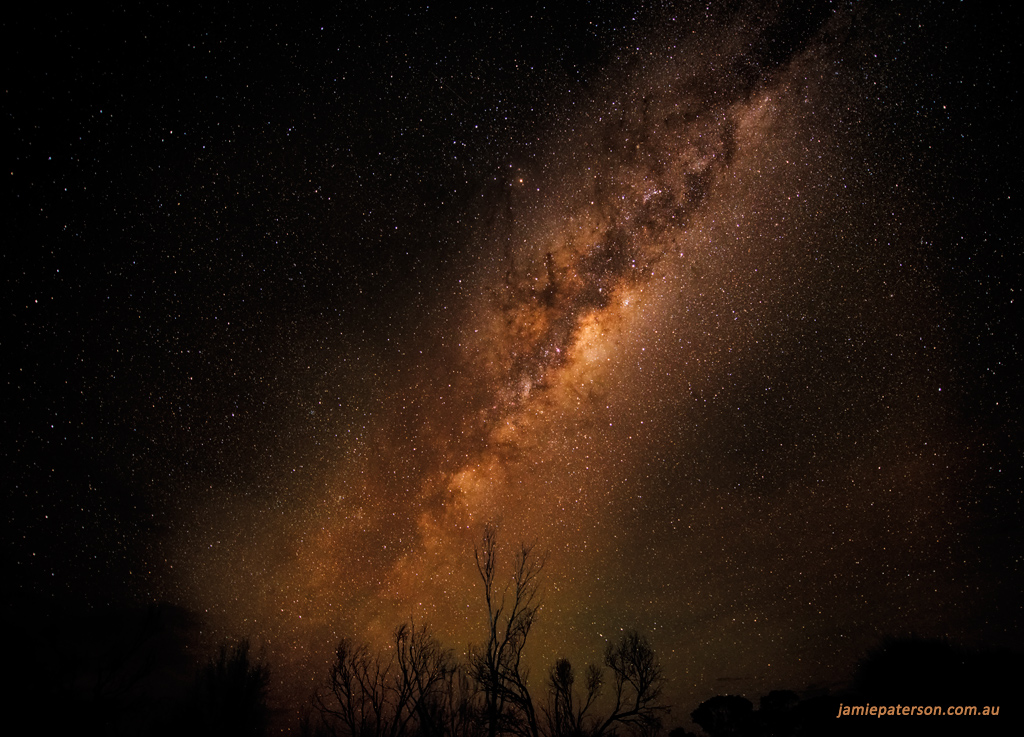 One of my great childhood memories is of being able to sit down at Deepwater Point and being able to see the Milky Way clearly.  Its a lot more difficult now to get the same view of the stars unless you’re willing to do a little travel.  If you are you’ll still be rewarded with an amazing Milky Way spectacle.

I drove about 2.5hrs East to capture this shot on a night when the car was reading -3 degrees Celsius.  Ouch it was cold!  This was shot two weeks ago, and one of the best things about shooting in Winter is that you’ll get this sort of view at 7pm onwards.  So I didn’t have to stay up too late for this shot.  Always a good thing when you hear Dingos howling nearby.  I managed to capture the shots I wanted and be in bed safe from the Dingos by 9pm.

It was a successful trip and I can’t wait to head out there again.  This place was really interesting and I’m pretty sure I could spend the entire daytime shooting here as well.

What do you think of when you look at the stars? 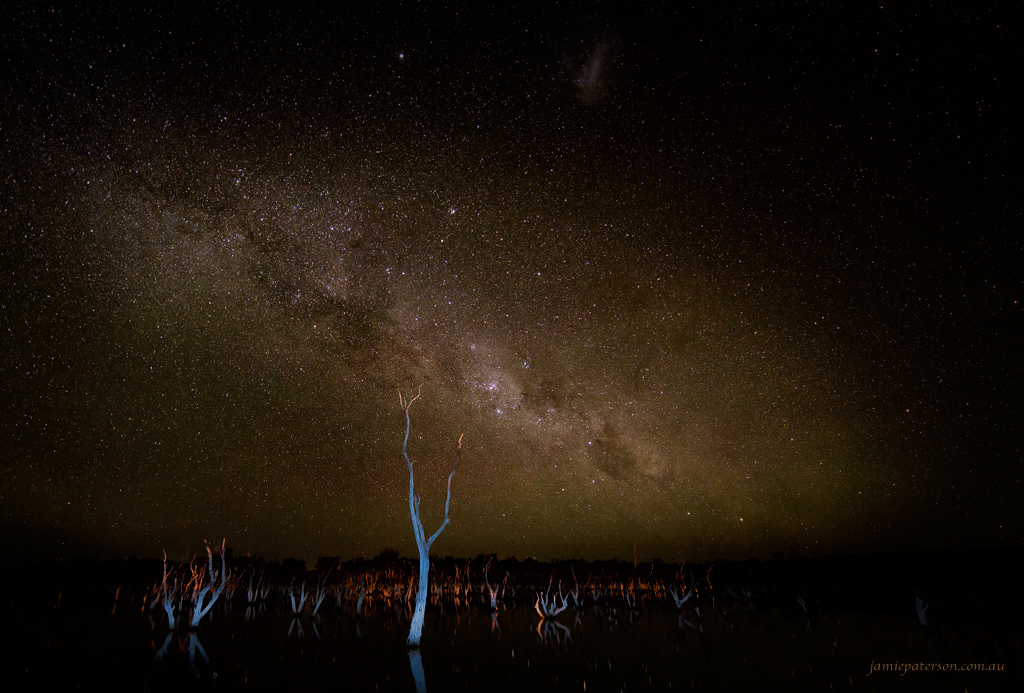 Its been an amazing and fantastic year!   There was a trip to Hawaii in October and I have another planned in the next few weeks.  I’ve had trips down in the Great Southern and up North and out East as well.  Mostly by myself but also with some special people such as Paul Pichugin.   Photography is a long and challenging journey and this year has certainly been challenging artistically.   I’ve tried to push myself so much further than before and I think its starting to pay dividends.

I hope each and everyone of you have an amazing and most importantly safe holiday season and I look forward to catching up with you all in 2013 either out there on the beach or at one of my two exhibitions! 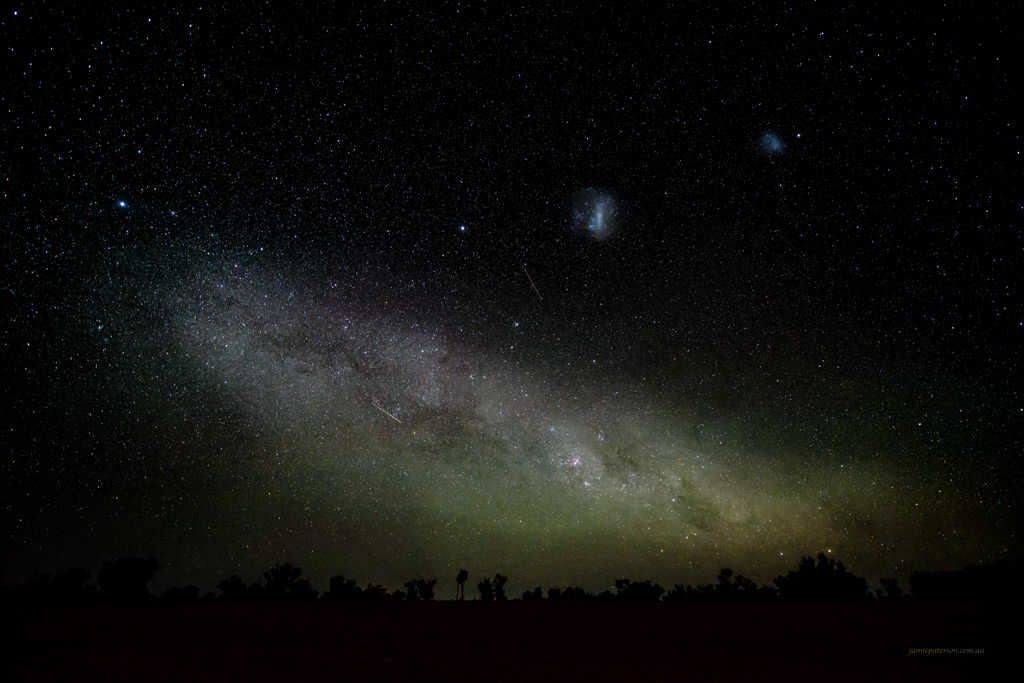 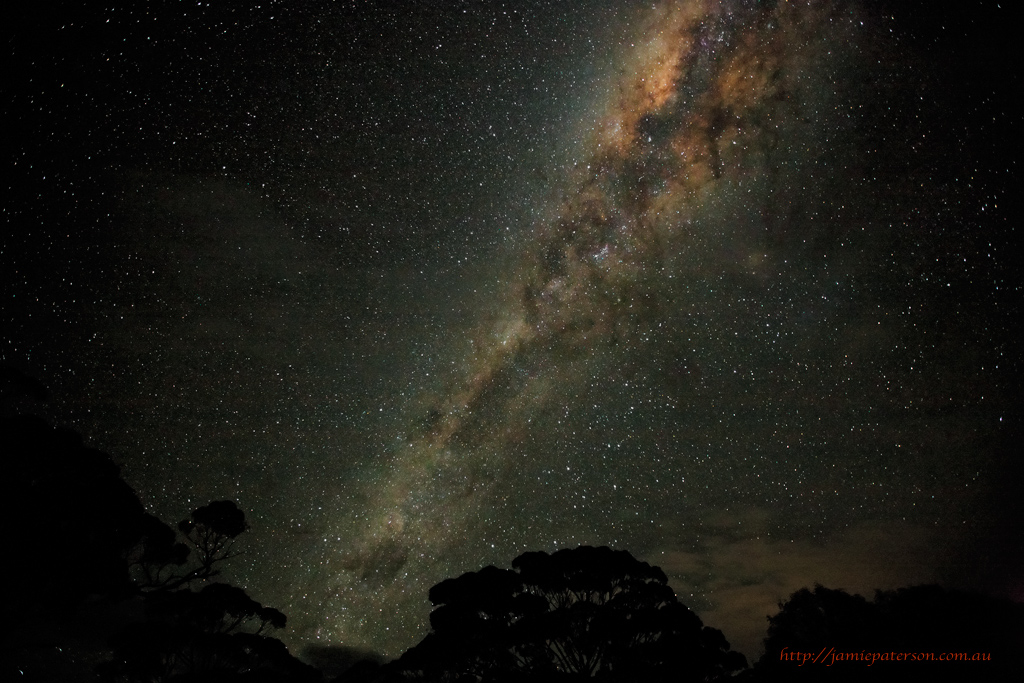 Wow what a trip!  I’ve just returned from an epic trip to capture the Milky Way about 6hrs out of Perth.  It all started off with Paul Pichugin and I discussing plans for a ‘short’ trip to do some Milky Way shots on the next new moon.  Well our short trip saw us driving deep into unsealed and often unmarked roads in an effort to escape Perth’s light pollution and the clouds that were closing in.

After driving 5hrs to our first destination we realised that it just wasn’t going to work because of the cloud.  While we were driving to this destination we started to see all sorts of weird lights in the sky.  Very spooky!  I’m sure science could explain the lights away but we couldn’t.  Then we had some random Kangaroo leap out in front of the car and proceed to start running in front of us for about 2km!   Obviously, the idea of running off to the side never entered its head.  Never seen anything like it and in the end I just sped up and overtook it.

After another hour driving to reach our second destination we realised we were going to have to cross a lake to get to where we needed to be.  Fortunately, the good old Rangie was up to the job and after a few moments of wondering if were we going to make it across or not she took up the challenge and were made it to the other side no problems at all.

Once we got there we were pretty excited as we looked up and saw just how bright the Milky Way was.  We lept out of the car even though it was saying it was -1 outside and started to snap away.

A 6hr drive for a 20 second exposure = crazy?  Perhaps but its what you need to do if you want to succeed.