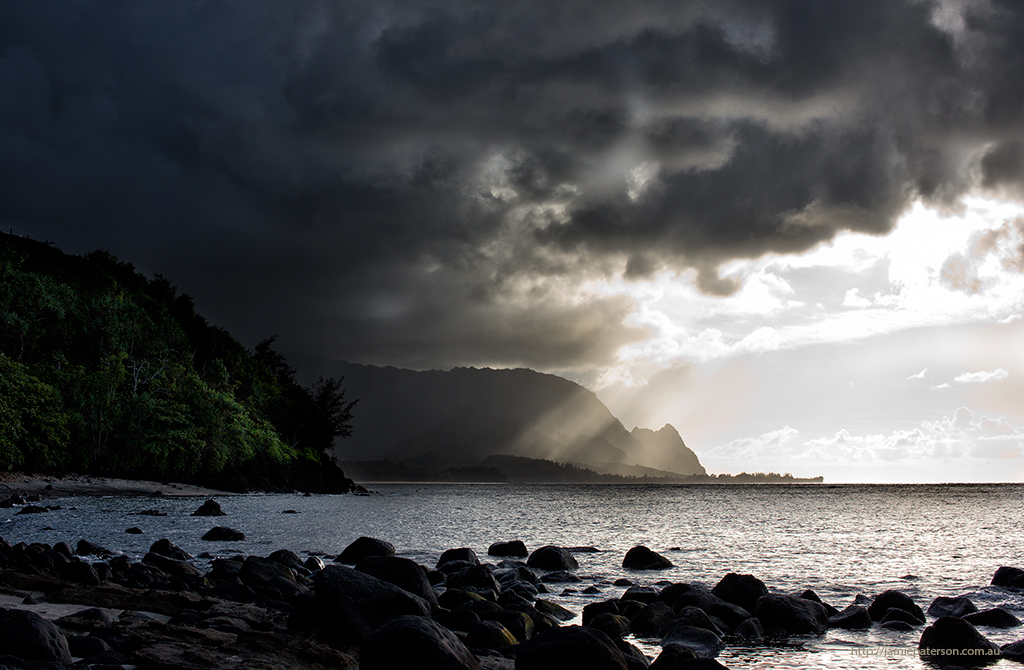 Hideaways Beach in Kauai is incredibly hard to find but once you find it you just know it was worth the effort. Its not so much that its in a secret difficult spot, its that most of the public access to the beach is restricted.

Its one of the things I really disliked about Kauai and it makes me realise how lucky we are in Australia to have almost free access to our entire coastline. The only available public carpark has a spot for 10 cars, that’s it! Needless to say I had to be creative with my parking endeavours and ended up sneaking into one of the private resorts and parking there.

Any way once I made it to Hideaways Beach I had a blast. I got there 2hrs before sunset as I’d never been there before and I wanted to have a good look around. Whilst I was there I saw this awesome rain shower drift over the mountains and that it was being illuminated by the last rays of daylight so I started to snap away. 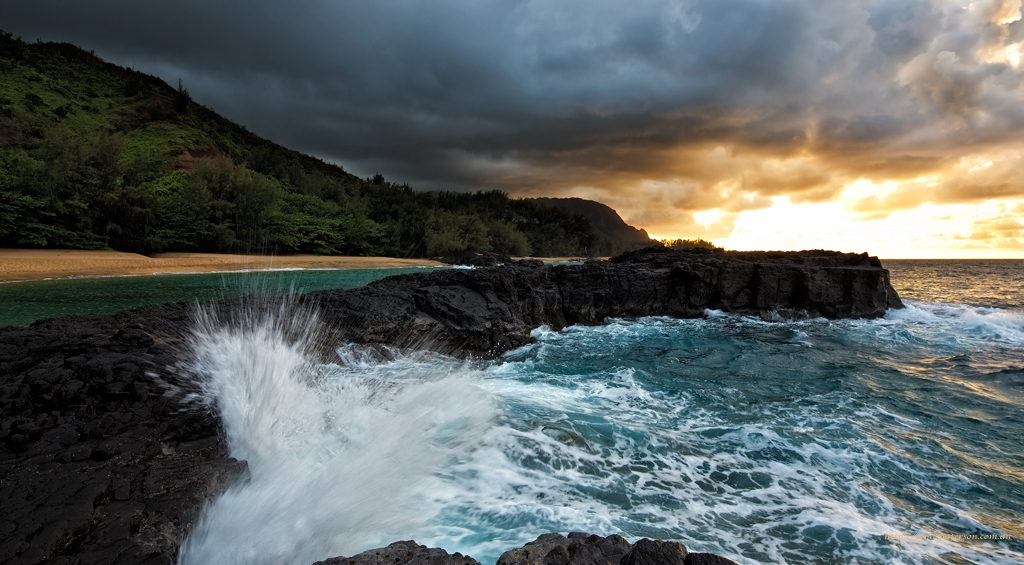 Lumahai Beach is quite simply one of the most stunning beaches in Kauai and it captured my heart and soul on this trip. So its no surprise that I chose to capture the sunset from my last night in Kauai at Lumahai Beach.

Hawaii sunsets last for ages so I managed to get a number of different angles of this sunset from the beach. Surprisingly, this shot was handheld with high ISO as I was just scouting out my sunset position and had left my tripod on the beach.

Needless to say I went home that evening an extremely happy man. Lumahai had played nice once again. 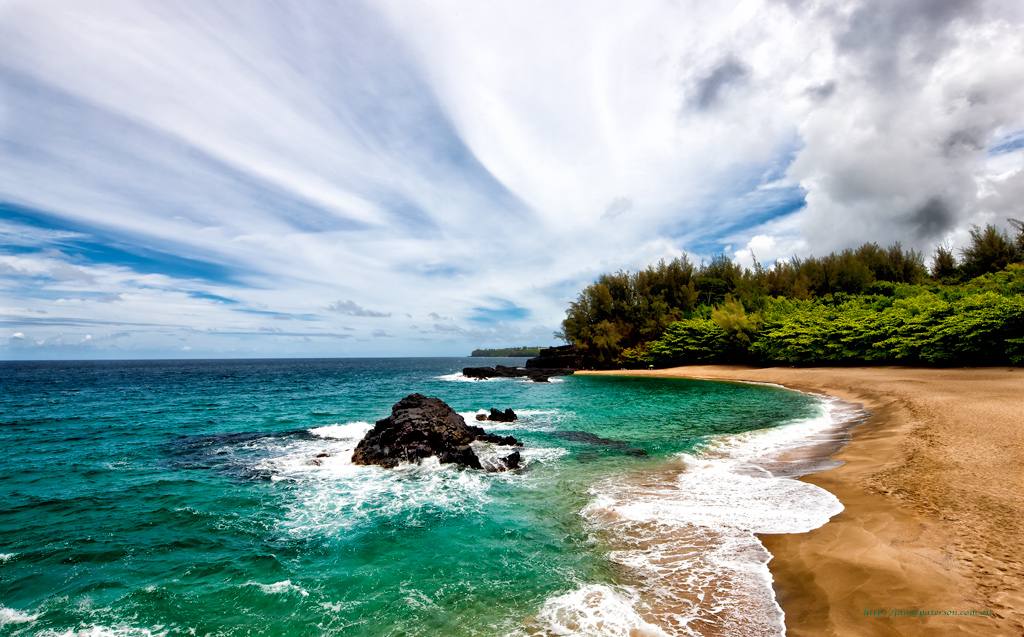 I always get so excited when I know I’m heading off to Kauai to do some landscape photography.   Its just such an amazing place to take photos and its so hard to come away with anything but spectacular shots.

The other reason though why I love heading to Kauai is that life just seems so simple there.  Whether that is just my perception or not I’m not sure but most people out on the North Shore just seem to be content to just make enough money to allow them to surf or just chill out.   Time doesn’t really seem to matter there either.   It reminds me of Margaret River in the early days.

So are there any places left like this within a few hours of Perth at all?  If there is, I’d love to know about them.   Preferably by the sea as we all know how important seascape photography is to me. 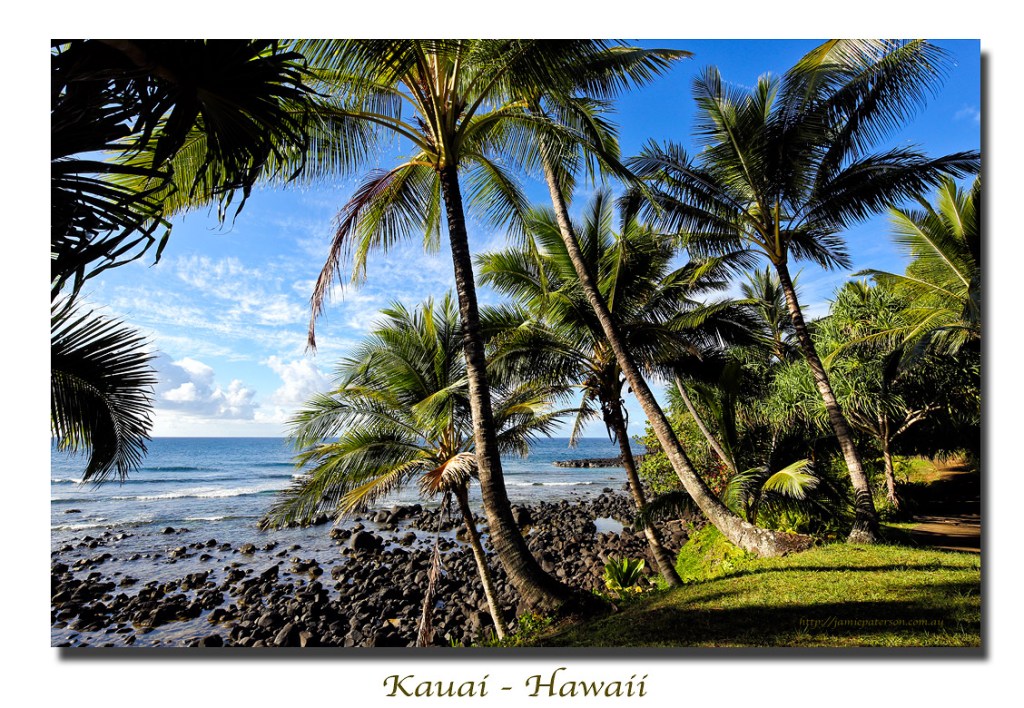 I’ve just returned from a trip to Kauai, its my second trip there and it definitely won’t be my last.  In fact I’m back there again in January.  The place is just magic and I feel so at home there, especially living out on the North Shore.  Life is simple there.  Really simple.

For me this shot typifies Hawaii, coconut trees, blue skies, and lava rocks. 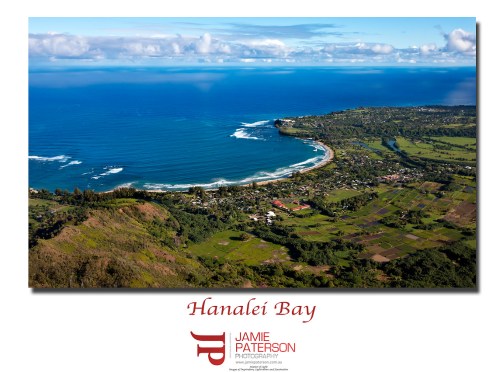 Ahhhh Kauai, is there a more relaxing place in the world?   I think Rottnest comes pretty close and its certainly a lot cheaper to get to (only just!) but I just simply love Hawaii and the Hawaiian way of life.

This is Hanalei Bay which is a really nice spot to stay if you ever get to travel to Kauai.   It has an extremely relaxed atmosphere surrounding it and most people there are very chilled out.   Its also an extremely popular surfing spot and for good reason, look at the size of that swell coming through and all the swell lines out in the ocean. 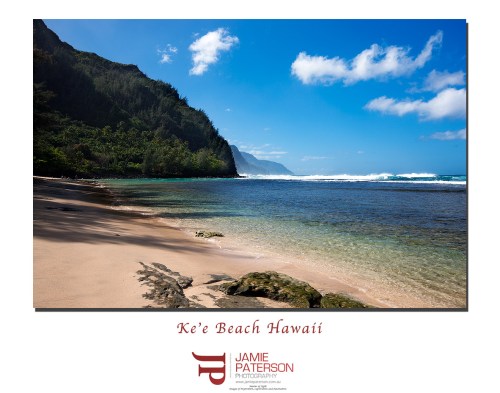 As most of you know, a little while back I was lucky enough to be able to stop off in Hawaii for six days on my way to Texas.   I just love the place so much and I think I could easily live there for the rest of my life.  Its funny because many of the Hawaiians that I talked to just wanted to get off ‘the rock’ and move to the mainland.

I guess the grass really is always greener on the other side!

This is Ke’e Beach in Kauai.   Its at the end of the road that leads out to the Na Pali coast.  If you want to go and see those awesome cliffs in the background you need to walk to them or catch a boat to them in summer.  Its just not possible to get there by boat in winter, I flew in a helicopter to the area and the pilot estimated that some of the waves below us were around 30ft.

Ke’e Beach reminded me of The Basin at Rottnest a little bit because no matter how heavy the seas are, there is always a sheltered swimming spot.  You can see it, its the small patch of green just below the mountain.

Hopefully I’ll get to head back there again soon.   I hope you all had an awesome weekend. 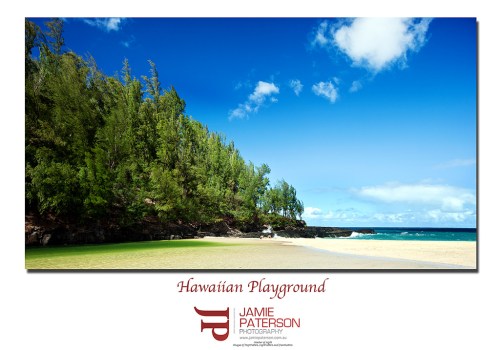 The colours at this beach in Hawaii totally captivated me.  I just loved the greens and blues and it screamed Hawaii to me.    This beach was a couple of beaches back from Ke’e Beach so it wasn’t as popular but it was a much better beach.  Let’s face it, if you couldn’t see the Na Pali Coast from Ke’e I don’t think it would be as popular as it is.

Two kids were drying to dig a channel from the river to the ocean and after about 45mins of digging they actually managed to achieve it.  They did get managed to get thumped by a couple of large waves in the process though!   I’ll definitely have to take the family back there again soon. 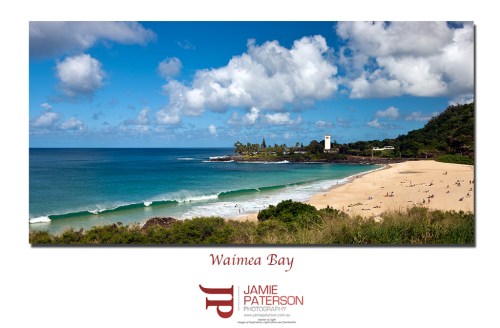 Here it is, the infamous Waimea Bay, the traditional home of big wave surfing as this is where it all started.  It is also the place where I’ve been four times now and never seen a wave over 4ft high!   Two day before I arrived here there were 20ft waves thumping through and a couple of days after they were thumping through again.  Never mind, one day I’ll be there when the huge waves come through.

When there aren’t huge waves crashing onto the beach its almost perfect for families.  The water is crystal clear and there are some cool rocks to jump off into the water.   There is nearly always heaps of space on the beach as well.   I still remember the first time I ever saw Waimea Bay it was in a really corny 80’s movie called North Shore.   The movie was about some newbie who learnt how to surf in a wave pool in Arizona, he won a competition in the wave pool and then used the money to fly to Hawaii.

In true typical Hollywood style he goes from being a wave pool champion to a big wave competition surfer within a matter of months.   Has anyone else seen the movie?

Little did I know that less than 2yrs after watching that movie I would be paid by the Australian taxpayer (I was in the defence force) to go and visit Hawaii for almost 3mths.

Its an iconic Hawaiian spot and if you ever get the chance to go for a swim there, you should do.  Who knows you might even be able to send me a shot of the big waves as they are crashing onto the shore while I’m not there. 🙂