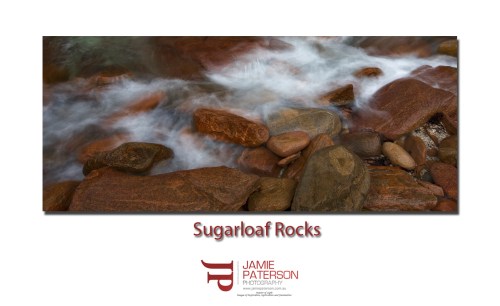 I hope you’re all having a great 2010 so far!   This is a shot of some rocks that I managed to capture down at Sugar Loaf Rock.   To get to it you had to first summon up the courage to step out of the car and face the onslaught of flies.   Then you had to get your gear out whilst battling the army of vicious Ninja flies that were determined to make there way into either your eyes, mouth, nose or ears.   It was then just a simple matter of heading down the path with a torch because the cloud of flies above you was so thick that it was blocking out the sunlight.

Though the flies were terrible in Dunsborough and Yallingup this year the weather conditions were a landscape photographers dream.  We had really nice cloud with hot and humid conditions that produced some really nice effects.   This summer has certainly been a lot more exciting photography wise that last year.  Let’s hope it stays like this.