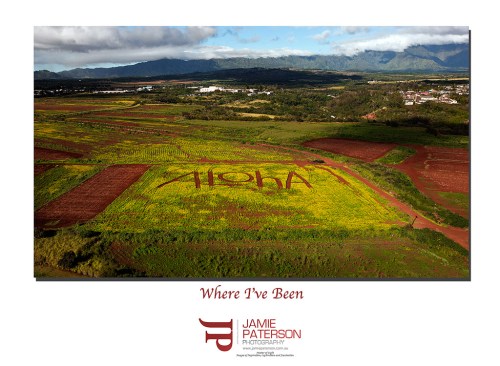 Just a small hint as to where I’ve been for the past couple of weeks.   I was luck enough to be able to get to sunny Hawaii for six days and then Houston, Texas.  Normally each year I spend a few days on Oahu, but seven months ago I decided to head to Kauai instead in this year and I must admit, I could never go back and stay on Oahu again, unless the surf is huge of course.   I stayed out on the North Shore of Kauai and had such an amazing time, drinking beer, listening to reggae and of course shooting as much as possible.  I could easily spend the rest of my days there!

This photo was a quick shot that I managed to fire off as we were landing in a helicopter after doing an aerial tour of the Na Pali coastline, which is another story.   Stay tuned for more soon now that I’m back!